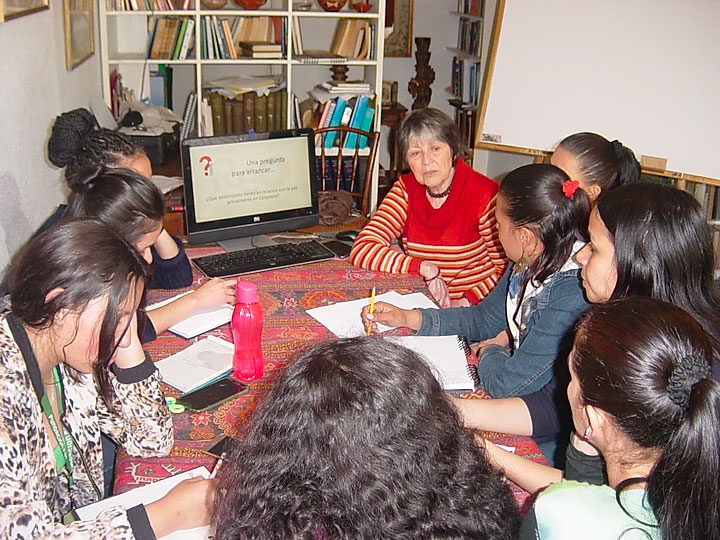 Fundacion Fenix students attended a workshop this month on the Colombian peace process between the Colombian government and the Revolutionary Armed Forces of Colombia (FARC–EP). President Juan Manuel Santos initiated negotiations in September 2012 to bring an end to the longstanding Colombian conflict and an agreement was reached in June 2016. The current President Ivan Duque is trying to get government backing for modifications to the agreement.
The workshop was led by Fenix Director Beatriz Vejarano who is a member of Rodeemos el Dialogo (ReD), a trans-national initiative founded in in London September 2012, to show the support of civil society for the negotiations. In the UK ReD has carried out public activities including academic conferences and public conversations, cultural activities and other events with a peace orientation.
Fenix students also went to the launch of Malcolm Linton´s new book of photographs which depict FARC members in their final months as combatants then trying to re-integrate into society. They had the opportunity to meet former fighters and get a better understanding of how difficult it is to end decades of conflict and injustice and their own role in helping form a better society.